This study tested whether (a-)social microbe-microbe interactions can spur patterns of local adaptation in bacterial populations. To this end, the production of siderophores was assessed in soil and pond communities of Pseudomonas bacteria, collected across different geographical scales. While supernatant-feeding and competition assays revealed large variation in the extent to which 'asocial' bacteria (cheaters) can benefit from 'social' ones (cooperators), this variation depended primarily on phylogenetic relatedness, and not on geographical distance. Thus, common ancestry - rather than geographical distance - is the main predictor of siderophore-mediated social interactions among Pseudomonas bacteria.

N.B. This article has been accepted for publication and undergone full peer review but has not been through the copyediting, typesetting, pagination and proofreading process, which may lead to differences between this version and the Version of Record. 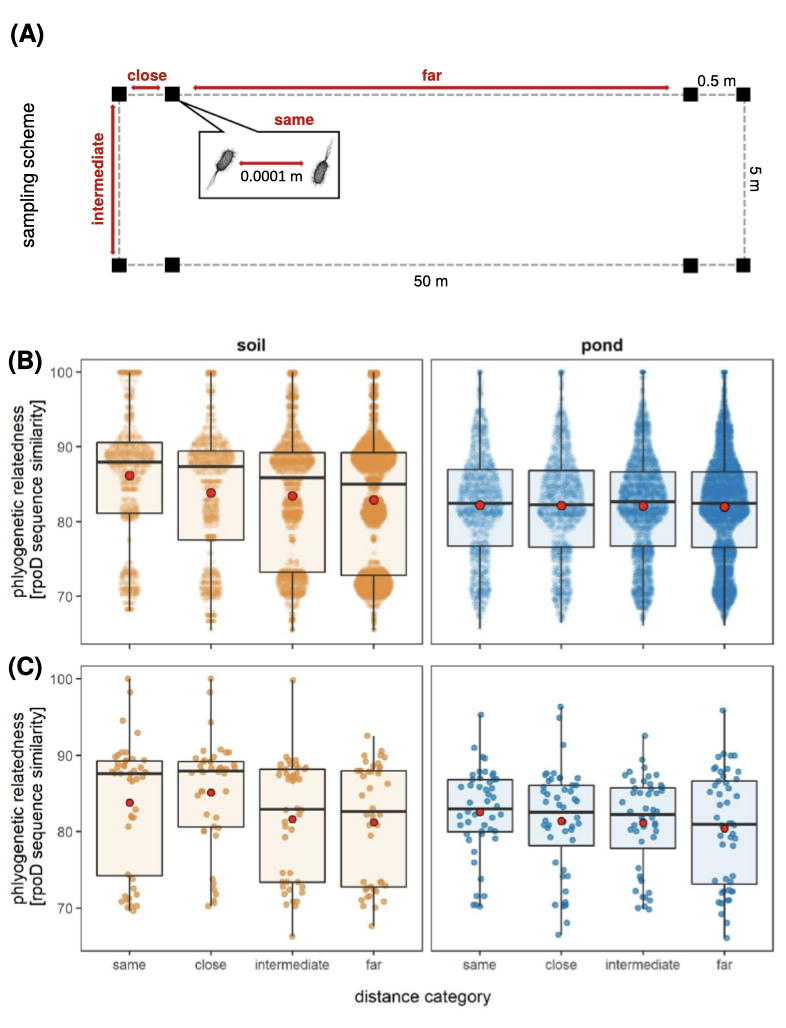