While microbial invasions are known to disturb ecosystems and incite dysbiosis and disease in hosts, the mechanisms determining invasion outcomes are often unclear. This study examined the role of iron-scavenging siderophores in driving invasions of Pseudomonas aeruginosa into resident communities of environmental pseudomonads. Through supernatant feeding and invasion assays, it was shown that invasion success increased when invaders could use their siderophores to inhibit resident bacterial growth, while invasion success decreased when invaders were inhibited by the residents’ siderophores. Thus, this work identifies iron-scavenging siderophores as a major driver of invasion dynamics in bacterial communities under iron-limited conditions. 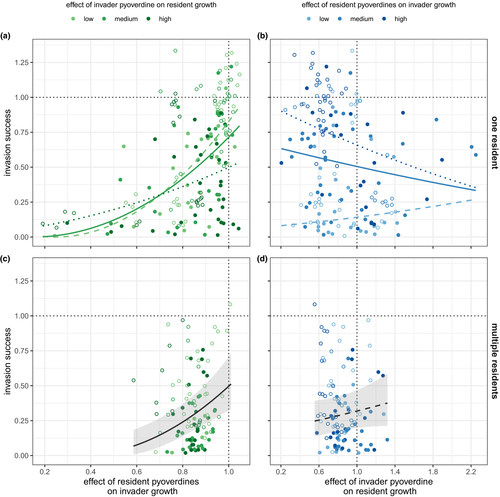 Fig.3. Pyoverdine-based effects on invasion success in competitions with one or multiple residents. Figueiredo et al © 2021 The Authors