While much is known about the evolution of bacterial cheating resistance mechanisms and environmental factors that maintain cooperation when cheaters are present, the evolution of cooperative traits in environments where cheating is insignificant is less understood. In this study, an experimental evolution setup was used to follow changes in the production of the public good pyoverdine, an iron-scavenging siderophore of P. aeruginosa. 1200 generations of bacterial evolution in nine different environments revealed that social traits can evolve rapidly in different directions, with particularly strong selection for higher levels of cooperation in environments where individual dispersal is lower, as predicted by social evolution theory. Moreover, a regulatory link is established between pyoverdine production and quorum-sensing, showing that increased cooperation with respect to one social trait can be associated with the loss of another trait.

N.B. This article has been accepted for publication and undergone full peer review but has not been through the copyediting, typesetting, pagination and proofreading process, which may lead to differences between this version and the Version of Record. 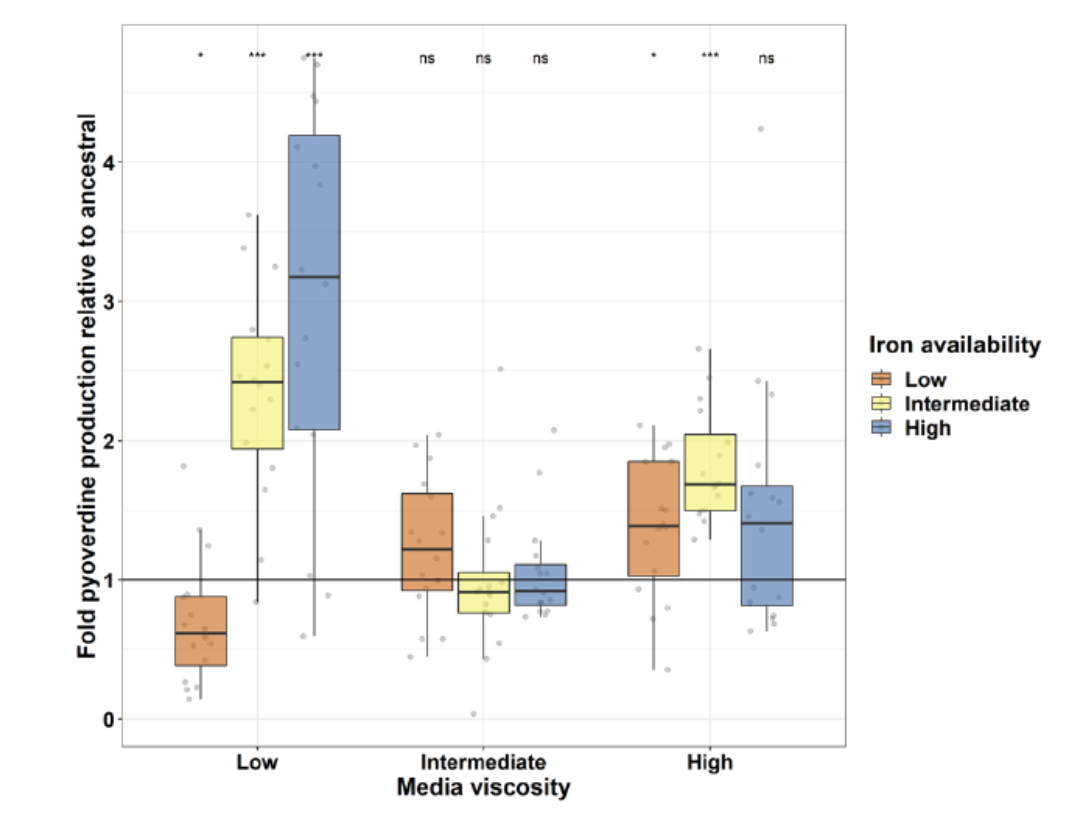